A pirates life for me!

Ahoy mateys! In excitement for the new Pirates of the Caribbean movie, my daddy decided tell me a story about pirates. I was the main character! It was such a great story I will tell you about it.

Let me first say, I was no deck scrubber. I was the captain of the Black Pearl before Captain Barbosa and then Jack Sparrow had to take it. That Jack Sparrow guy sure is a character. I would take him on any day. My sword fighting skills were top notch and desired by men from across the seven seas.

My dad says that I had saved a dozen wenches but I am not sure what he was talking about. Not only did men fear my skills but women desired me for my gold. My dad even said that I tamed a giant squid in my day. No wonder men feared me.

The outfit you see below is authentic. It is a one of a kind piece only worn by Captain Rylan a long long time ago. How my dad came to find it is beyond me. Maybe he found a secret treasure map that led him to it. 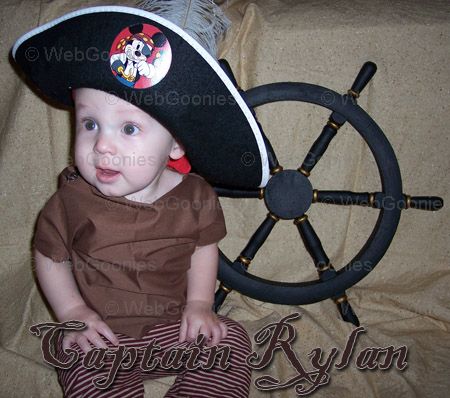 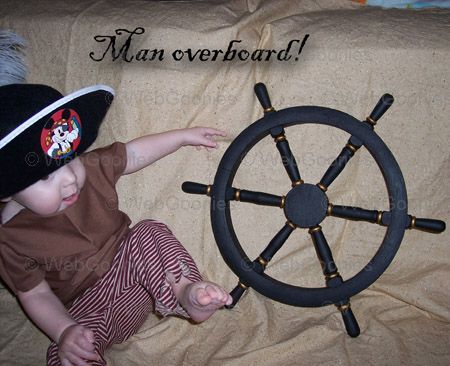 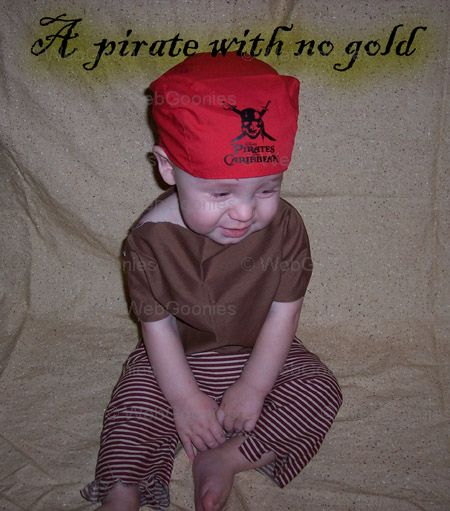 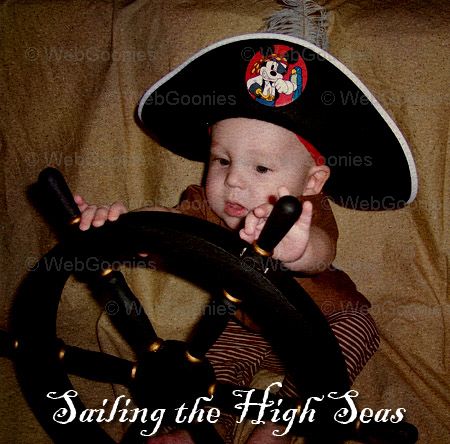 It sounds like ye have had quite an adventurous life for such a young lad.
I hope ye be finding some more gold on ye next adventure.

You can use the smelly ?treasure? in your diaper to ward off any pirates that come after ye gold. Oh and put some of ye gold in a locked chest at the bank so you can go to a nice pirate college?like in PA...then you could sail home to see ye folks on holidays.

This website I ran across has lots of neat pirate stufffor kids so all of Rylan's fans can get him something neat for his b-day in a few months like: A Pirate Ship Bath Toyor Room Decorations and don?t forget to wrap it up with ( Pirate wrapping Paper).

Thanks for the links. Like crazy parents, we have already begun purchasing the decorations for the room. If for whatever reason Rylan doesnt like it, they will be going into our office as they are not necessary 'kiddie' decorations. In reality, I am probably buying all of this pirate stuff for myself but with the excuse that it is for Rylan. :)