Happy - You could see the excitement in Rylan's face as we stepped into the park. There is no doubt in my mind that he knows where he was at and gets as excited as my wife does. 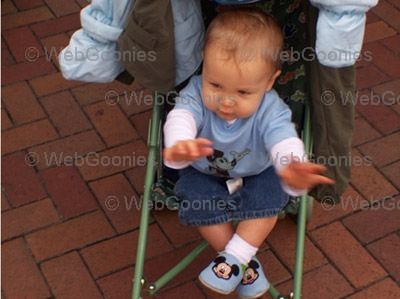 Terror - Rylan's happiness turned into fear as we stepped into the character breakfast. While he never was scared of characters in the past, just about every one now scared him. You can clearly see him trying to avoid Captain Hook by trying to hide under the table. 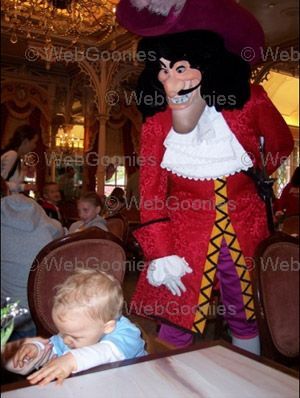 Exhaustion - We were only an hour or so into our first Disneyland trip day and Rylan had already passed out. It's tough for a little guy to wake up so early in the morning. 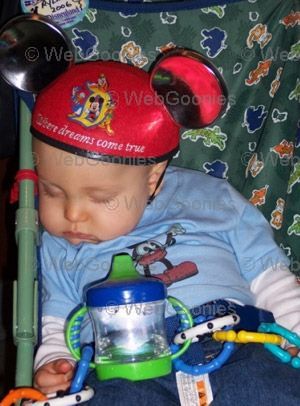 Energized - It's a bit difficult to read his expression in this photo but it is of pure excitement. This was taken at the Block Party Bash parade at California Adventure which he could not get enough of. All of the dancing and singing got him going and he was waving his arms around just like everyone else. People around us were amazed at how responsive he was. We made a point to check out the parade again our second day. 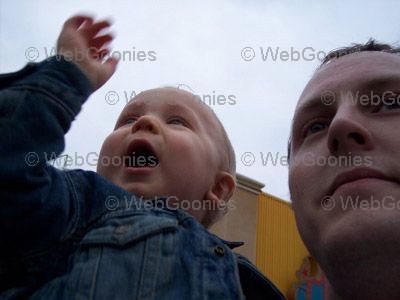 It looks like Rylan had so much fun! I'd be tired too if I had to keep Captain Hook from coming after my breakfast. I love his Mickey Mouse outfit and matching shoes. My only question is how are you going to top this birthday? Maybe another Disney trip is in order for his next birthday.

Thats a great question Jessica. We'll have to see how things work out.